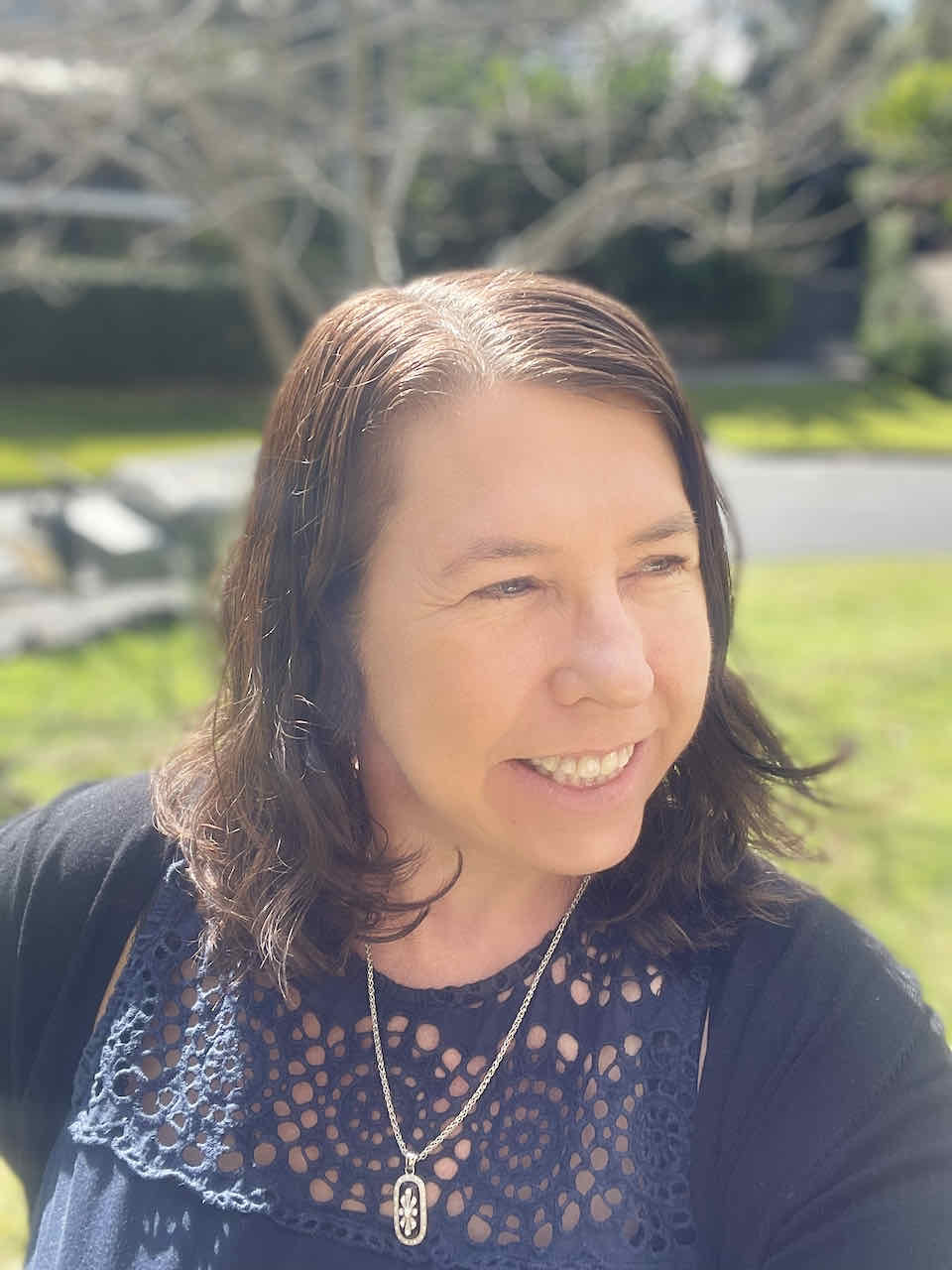 How paying it forward well creates hope for humanity 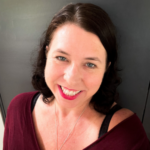 Recently, people roasted an Instagram and Youtube influencer on social media for filming himself paying it forward. What did he do? He gave an elderly woman flowers and posted it on social media. She was less than impressed.

In another incident, an asylum seeker living in Melbourne told reporters he felt embarrassed that a man paid for his groceries and terrified when the film appeared on social media without his consent.

In a time where we capture everything from decorative lattes to milestone celebrations, the backlash against someone filming you and uploading their pay-it-forward moment on social media is understandable.

And yet, one of the most popular Youtubers of all time, Mr Beast, is all about giving and generosity. What’s the difference? And what is it about generosity that delights us or riles us?

I’m guilty of doing this myself. I captured my own flower-giving moments as part of the radical self-care challenge.

The first time, I had permission to share it. The second time, I was in a hurry to get my 365th task done and we filmed the exchange without permission. I have since deleted the video.

What I’ve realised about paying it forward

I’ve reflected long and hard about giving to strangers ever since and have pondered whether paying it forward is just something we do to make ourselves feel good or something we do because we truly feel a connection to humanity. Then the other day, I had an extraordinary experience that showed me why authentically paying it forward is so powerful and how to do it well.

The pendant in the window: a lesson in paying it forward

For the past four years, every time I passed by the jewellery store in my local shopping centre, I looked for it. My prize, the piece of jewellery I longed for stared back at me through the glass. No price was attached. “It must be expensive,” was the thought I had as I ignored its pull and headed to the deli for a coffee.

I had hinted to my late partner that I wanted it one Valentine’s Day. He did take a look but was more inclined to spend a lot of money on shoes, boots, clothes or art. I have quite a collection of shoes as a result and even a famous artist’s original etching he bought for me at a charity auction, but not a lot of jewellery. I figured that one day he would finally get it for me, but then he died.

The pendant was exquisite. A black onyx base in a rectangle with a delicate art déco flower at its centre and a small diamond nestled in its core. I have never really spent much on jewellery myself, and when times were tough a few years back, after my divorce, I sold what valuable jewellery I had, including my wedding band and engagement ring set.

So, every week I’d walk past that shop window looking to see if my pendant was still there. Yes, MY pendant. I felt that one day it would be mine, but I accepted it might be gone before I had the chance to claim it.

Acting on my obsession

I finally had the courage to ask how much the pendant was. $1500 the shop assistant said. Gosh, that was a lot for someone who never spent more than $150 on jewellery. Plus, I’d recently lost of my job and couldn’t justify spending the money.

A few days later I was telling a friend about it, and she said “Why don’t you just get it? Bargain the price down if it’s been in the window that long and ask if you can lay-by it.”

That possibility had never occurred to me.

A few days later, I went back into the store and spoke to the jeweller. I told him how long I’d been eyeing off the piece and that I’d hoped my late partner would get it for me one day. Then I asked if he’d be willing to take $1200 for it, given it had been sitting there so long.

He looked at me with a pained expression. This wasn’t the sort of place people bargain at.

“Can I please lay-by it? I recently lost my job, so it would really help to pay it off.”

He reluctantly agreed to a three-month lay-by. I paid $500 and gleefully put the receipt on my fridge door so I wouldn’t forget to pay the next two instalments.

Guilt and a pay-it-forward surprise

The next day, as I drove home from the supermarket, I thought about my indulgent purchase and felt a little guilty about it.

Then my phone rang. It was the jeweller.

“I have the strangest news for you,” he said.

He continued: “A lady came into the shop today wanting a ring in a similar design. We showed her the pendant and told her about you.”

I had totally forgotten I’d shared so much with them.

“Anyway, she asked how much you owed and then paid it off for you,” he said.

I stood there for a moment, shopping bags in hand, not knowing what to say.

“What?” was all that came out.

I couldn’t comprehend it. Who does that?

“I know!” he chuckled, then repeated what he had said.

“The lady wished to remain anonymous. I’ve gotta say. In 50 years of business, I’ve never seen anything like this,” he said.

Half an hour later, I was in the shop collecting my new pendant. I was so moved by this woman’s generosity that I immediately shared the story on Facebook. And that was when I realised how powerful paying it forward well can be.

How to pay it forward well

I have no idea who the lady was. I will probably never know. She did not know who I was either, and definitely wouldn’t have had any inkling that I was a writer and self-care advocate.

The impact of paying it forward well

When I shared the story on Facebook, nearly 300 people liked the post, and nearly 80 people commented. Considering I have about 2000 Facebook friends, it occurred to me that good news stories like this are rare these days. Many of the comments showed how encouraged people were that kindness still exists. And in today’s world, where we see countries fighting over who owns what, it’s refreshing to know that people still value being kind and generous. It gives us all hope.

I will value my pendant forever, not so much for its beauty, but for the story that I will forever attach to it. I will continue to share about this miracle of generosity because I want to be part of spreading hope that human beings can rise above wars, selfishness and greed.

I am the founder of 180Selfcare and the Amazon No. 1 bestselling author of Your Brilliant Uncareer: Women, Entrepreneurship and Making the Leap. 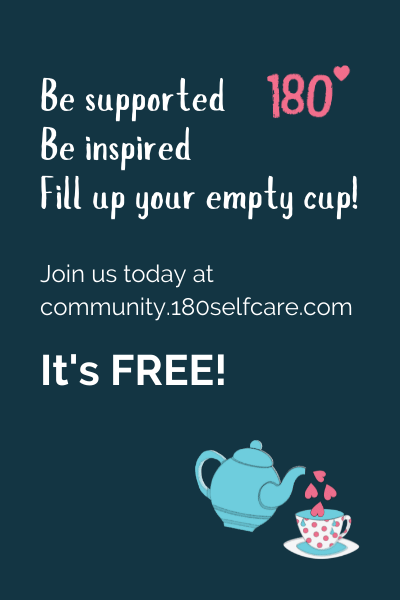 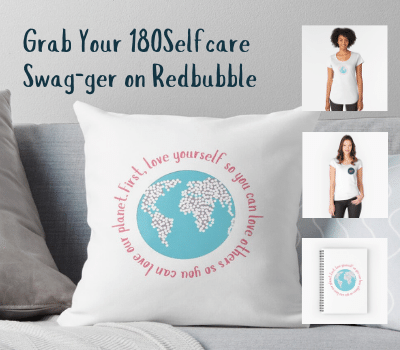 Get The Latest Updates 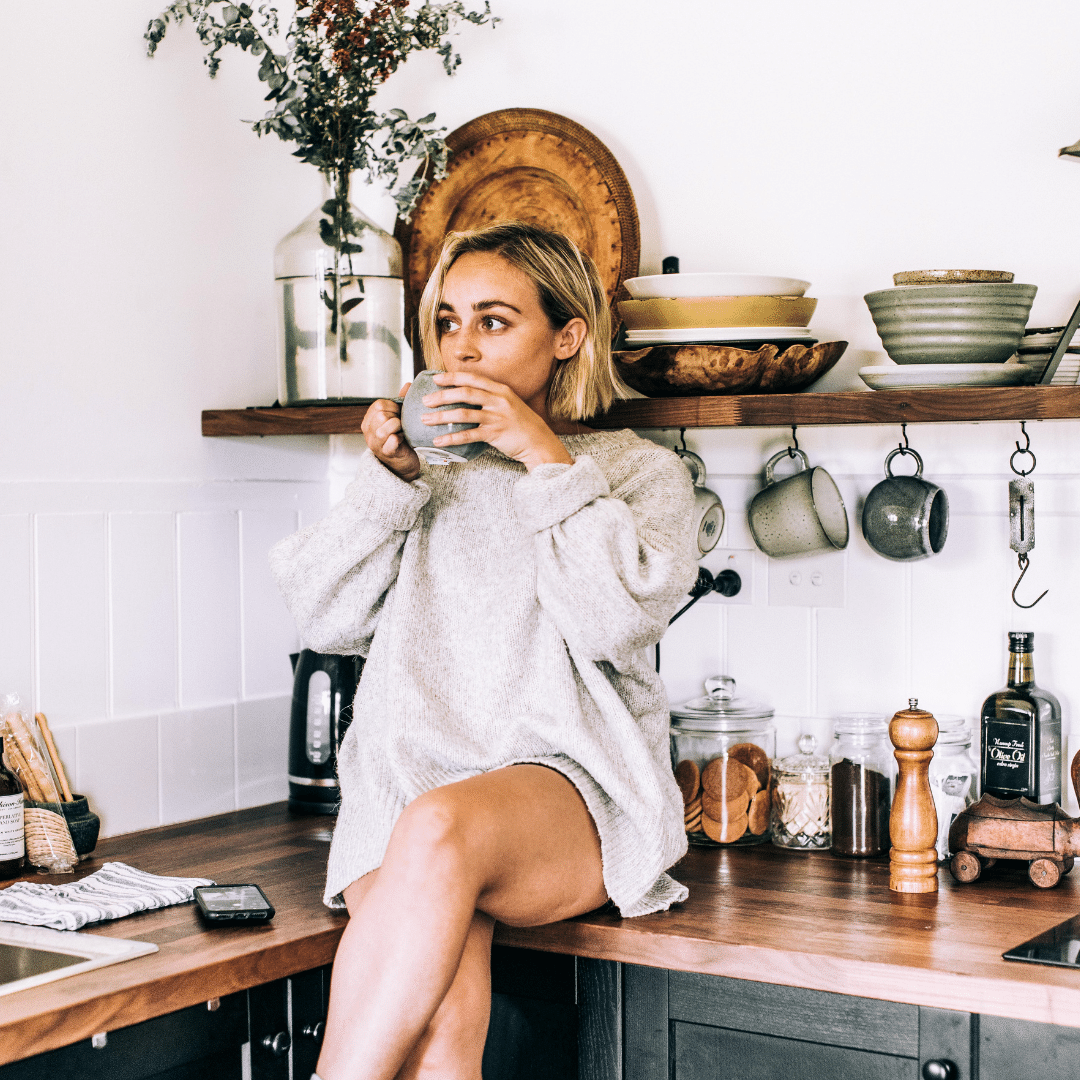 What is radical self-care?

If you look at the various literature on self-care, you’ll find several definitions that look at lifestyle factors, physical and mental health and tips, from 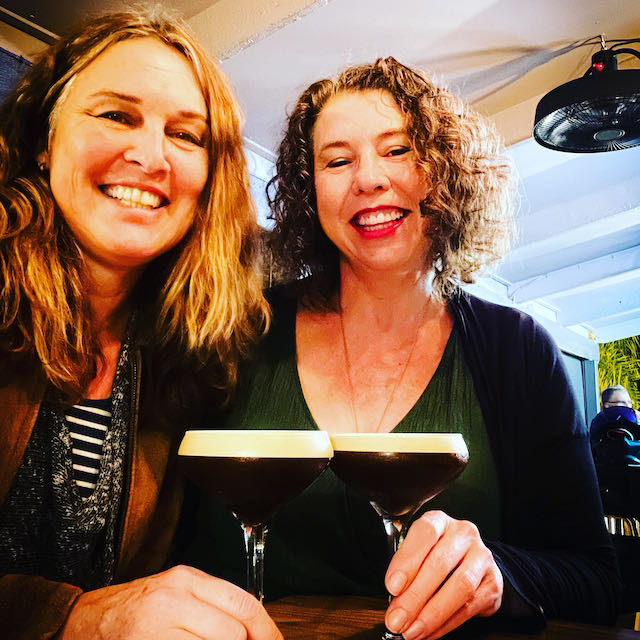 Below I share what’s in my self-care first aid kit. Hopefully, it will give you some ideas for yours. 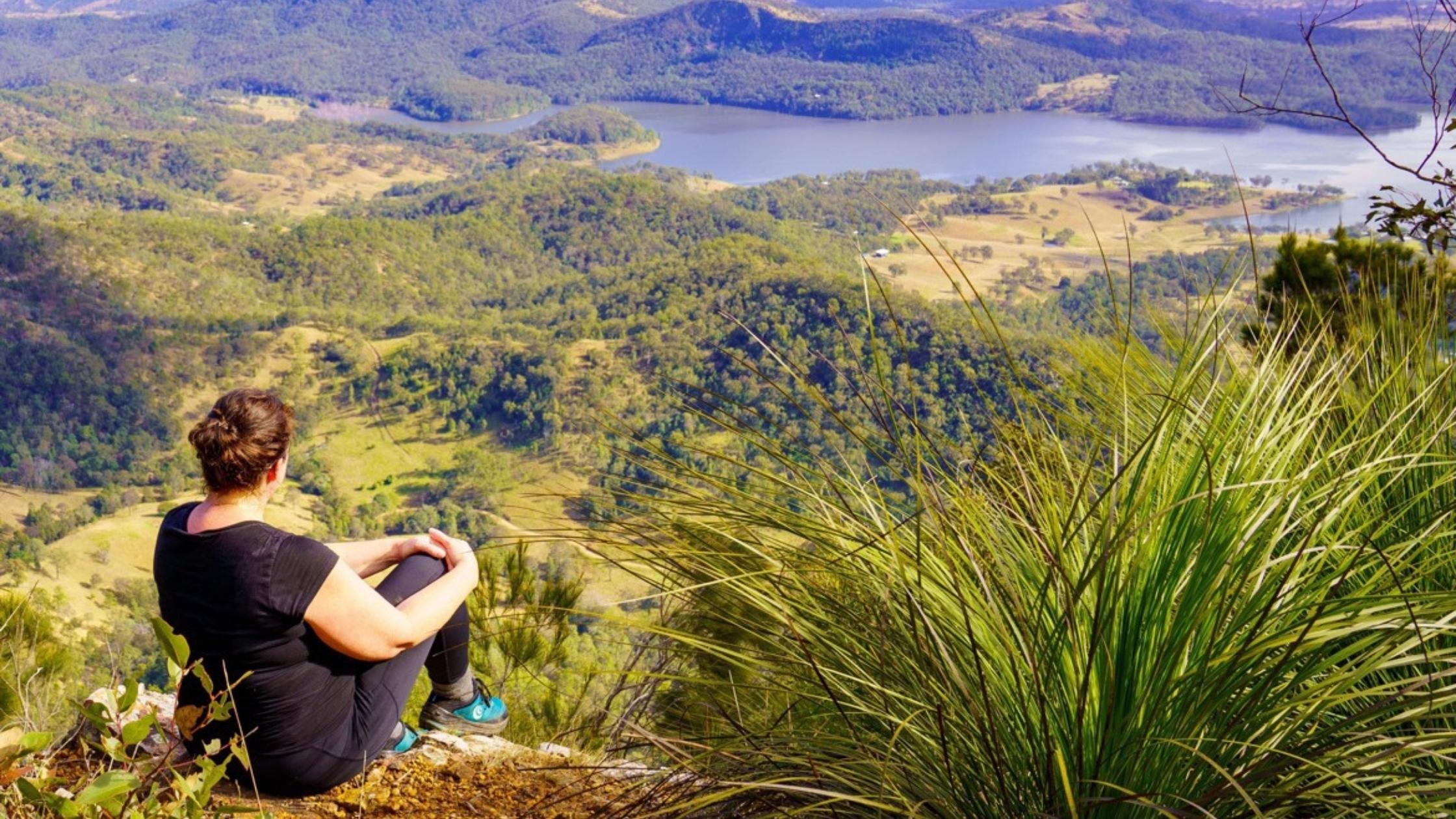 How to do hard things

I look up at the rock face ahead of me. It is steep loose dirt, and looser rocks sit atop the ledges. I draw in a deep breath, feeling nervous, and I ponder the path above me. 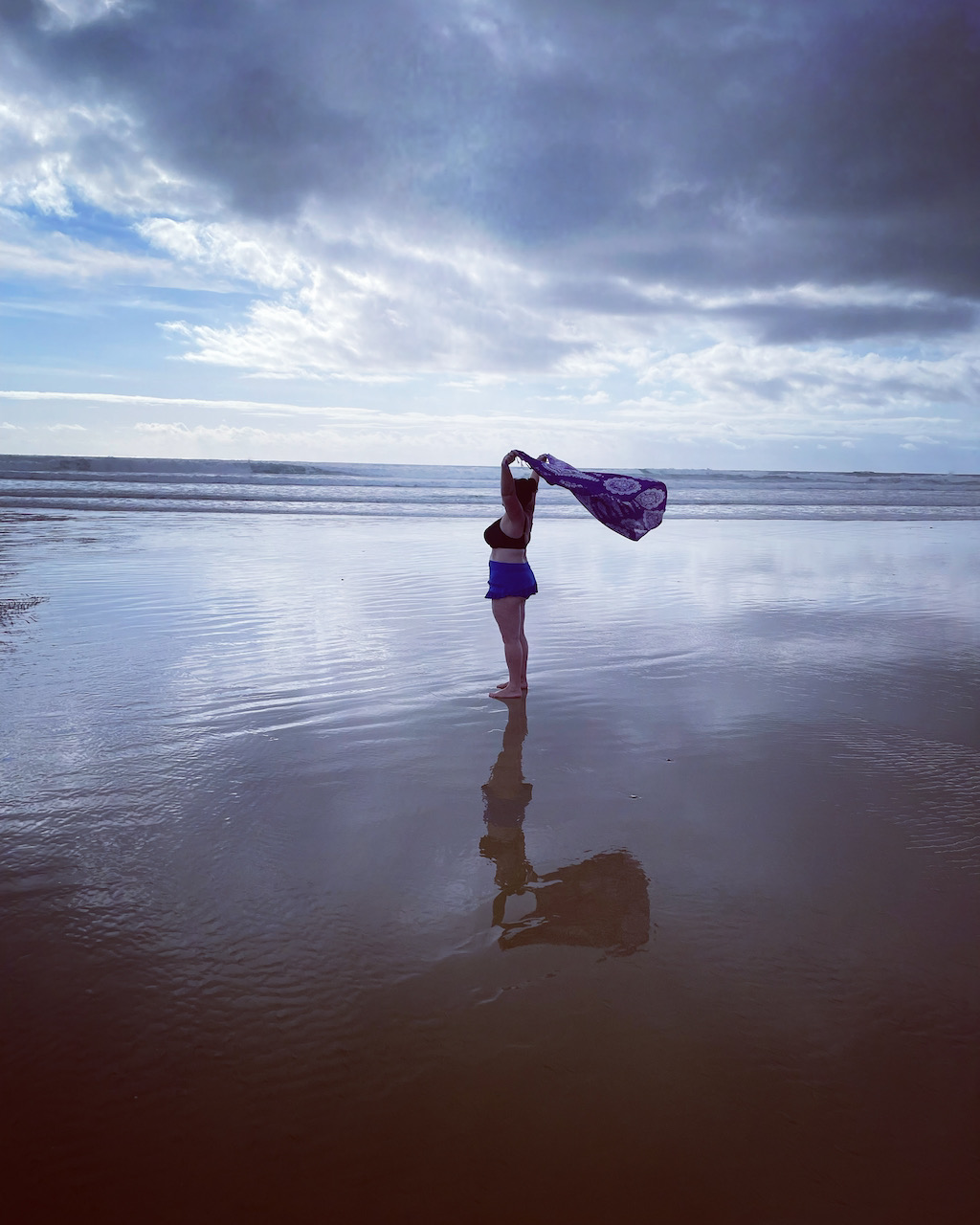 How radical self-care flipped my life 180 in just 7 days.